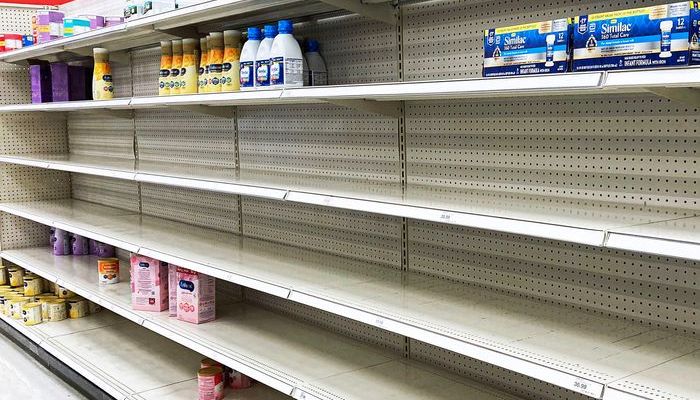 It has been five months since the formula shortage was addressed in the U.S. Maker of popular baby formulas, Abbott laboratories, closed a manufacturing facility in Sturgis, Michigan, in February 2022 due to contamination problems. This contamination contributed to the death of 2 infants and many sick children. Since then, mothers of newborns have hit the stores desperate to find even a box of formula while holding their crying and starving babies in their arms. In addition, many parents drive 4-6 hours to different states looking for baby milk. One mother drove from Austin to Dallas, searching stores with her baby in the backseat.

While others are lucky to have excessive breast milk, some are not. As a result, mothers give their babies donated breast milk as a last resort. A friend of mine in NJ had her sister, who has a five-month baby of her own, breastfeed her newborn. She said she tried everything from lactating drinks to pumping more. Unfortunately, the newborn refused to take her milk.

However, as formula shipments come in from Europe, there is no solution for parents who have to give their babies specialized formula due to specific health issues. A mother wrote on ‘what to expect’ that her baby, due to severe allergy uses a unique formula that is nowhere to be found in stores, and now her baby is admitted to NICU.

As someone who is going to deliver soon, this situation makes me furious. How could the government be so unprepared for something like this?. Even though the Biden administration has stated that the formula will be in stock by July, nothing is guaranteed. In places where the formula is available, parents buy them in bulks—leaving less for others.

Mothers to be, what are you doing to prepare for the shortage?